Updates to Chris' profile since your last visit are highlighted in yellow. 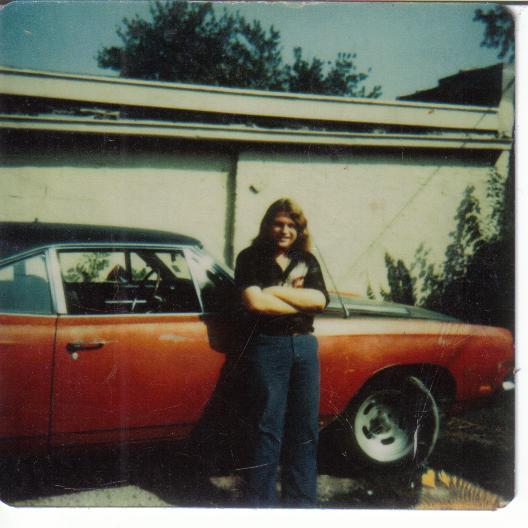 Occupation:
IT Consultant
Children:
Samantha, 36 with 6 children of her own.

Maranda, 27 and More…two children. She has been on her own since she was 17 and doing pretty good all things considered.
Comments:

A link to my LinkedIn profile is above.

Tech was a great school and I was really shocked when they closed it down. Some of the best teachers I have ever had in all my school years were at Tech, people like Col. Fellows in JROTC, Virginia Thomas for TV and English, Dan Trerice for TV, Barry Timinus for Chemistry and Denise Arnold for French. Lily Johnson my guidance counselor made a great impression on me.

What only a few at Tech know is that my senior year of high school I was living on my own already. My parents gave me a choice of going on a date and moving out, or being home by 9:15, during the summer no less. I moved out and have been on my own ever since. My senior year was a struggle, but I did make it. I made a few mistakes during that year, like getting drunk during lunch, getting arrested, and a few other things, but most of it only made me a stronger person.

I had a lot of "girl" friends while at Tech, but no real girlfriends, so I guess it should come as no surprise that I had to look outside the walls of the Tech building to find my wife, Monica. We have only been married for 24 years, but we have been together for 30.

Comment
What did you do right after High School?

Right after graduating from Tech I spent 3 years "doing my own thing".

In 1983 I enrolled at Gateway Electronics Institute and graduated from there in 1984.

I did so well at Gateway that I decided to go enroll at Creighton University in 1985. I had some financial problems that forced me to drop out for 2 years, but I did finally finish in 1991. I graduated with a BS in Math, a secondary major in Computer Science and a co-major in Physics. I was just 5 hours short of a triple major.

In 2010 I finished at Bellevue University for a masters in management of information systems. I'm thinking of taking more classes for an MBA, mainly because I'm bored.

I worked for the same employer, ACI Worldwide for almost 20 years. We parted ways in January of 2014. I designed software that is used by banks to process financial transactions. My main level of expertise is in the interfaces that connect banks with interchanges, such as Visa, MasterCard and American Express.

Currently I work as a consultant. My current assignment is with Publix Supermarket in Lakeland, Florida. Prior to COVID I was working in Zagreb, Croatia. Since becoming a consultant I have worked at Walgreens in Chicago, FNBO in downtown Omaha, Shell Oil in Houston and my one Europe assignment for Mercury processing.

What do you like to do in your spare time?

Read. Go to concerts. Spend time with family and friends. Ride my Harley and do just about whatever else I feel like a the time.

Where have you traveled?

Oh, and about 2/3 of the states in the US. Other than D.C., I have never had the chance to go to the East Coast, other than Florida.

I feel my age most times, but sometimes I feel much younger inside. At times the person I see in the mirror doesn't look like the person inside.

What would we be surprised to know about you?

I have never been to prison. Why any one would think that is beyond me, but I ran into a former teacher about 5 years after Tech and she heard that I was either dead or in prison. Sorry to disappoint any one, but I am neither.

Another interesting tidbit, remember how we had many classes at Tech that were self paced? I flew thru any I had so fast that I could have graduated as a Junior. I had all my requirements done before I even stepped foot in the building in the fall of 79. I did the same thing at Creighton. Both times I stayed the extra year just to get more classes in my transcript.

Comment
Did you have a nick name/s at Tech?

Link, which was funny because my dad's nickname was Link and it never dawned on me why until high school.

Who was your favorite teacher?

What was your favorite class?

What are your best memories from Tech?

As mentioned earlier, I was on my own my senior year. So, as an emancipated minor, I didn't have to get a parents permission to do anything, or get them to sign notes when I decided not to come in.

One day I needed a pass for missing the day before. Someone I never dealt with in the guidance office didn't know about my situation. He looked over my file and noticed how many days I had missed. He mumbled that he should just expel me. I told him fine, expel me. I'll just take my diploma and go. I then told him how all my credits were already done and I would be more than happy to leave with my diploma. Lily Johnson overheard us arguing about it, pulled in the counselor I was arguing with and she started to argue with him. After about 5 minutes, he walked out, didn't say a word to me, signed the pass and handed it to me. Ms. Johnson rocked!!!

Probably my second best memory was being a better shot than most of the members of the JROTC rifle squad. Or at least that was what Col. Fellows told me when he tried to get me to join it.

I also pulled a classic prank on Ms. Thomas in beginning television class. I had everyone in the control room look at her, turn their head and snicker. She saw a few of us doing it and came back into the room to see what was so funny. Man, did she get pissed. I told her it was nothing, but there was no explaining that the joke was that there was no joke.

I even initiated another prank on Mr. Eisenhart. Mr. Eisenhart had parked his VW bug on the sidewalk by the auditorium. A bunch of my fellow bus riders and I jumped off our bus and picked up Mr. Eisenhart's car and moved it closer to the railing that encircled the lower level windows on the Burt side of Tech. We were sitting on the bus, getting ready to leave when Mr. Eisenhart came out to get into his car. He opened the door and couldn't get into to his car. He had this amazing puzzled look at his face that was simply classic. He just couldn't figure out how he got out but now couldn't get in.

Now, before I get flooded with comments from people that really liked Mr. Eisenhart and are ticked off at me for doing this, let me point out a couple of things. 1) I didn't know it was Mr. Eisenhart's car, I just saw a car and wanted to see if we could pick it up and move it. 2) I didn't know Mr. Eisenhart and this prank was NOT some misguided attempt to get him, and lastly Geez, I was only 17 and any amount of fun at an adult teachers expense was worth it.

As is typical for a fat high school kid, I had a lot of crushes on some of the pretty girls. I'm sure I made a few of them nervous. During the end of my junior year I dropped a lot of weight.

After high school, I was standing in line at a fast food restaurant and one of the many girls I had a crush on during high school walked in. She looked like she had found of few of the pounds that I had lost in the 3 or 4 years since graduating, maybe it was due to the 2 kids she was dragging around. She kept trying to get my attention, I just pretended not notice her.

There were a couple of others incidents similar to this, it was a nice ego boost. I ran into one of the girls trying to be Ms. Tech when I was bar hoping once. She never said two words to me in High school, but we got along great at the bar and even danced a couple times. She was just as good looking then as in high school.

Does any one remember hearing Pink Floyd's "Another Brink in the Wall, Part 2" (with the lyrics "Hey Teacher, leave those kids alone) being blasted in the halls during class time, sometime in the spring of 1980. Yeah, that was me. I think it was the same day that I snuck up to the California bar to get a pint of CC and drank my lunch. I took a test in honors English while drunk and aced it. Ms. Thomas didn't seem to thrilled when I handed her the test and walked out of the class, but I figured sitting in class drunk was not going to be any fun so I left.

Chris Linke
Chris Linke has a birthday today.
Back to Chris' Profile Details